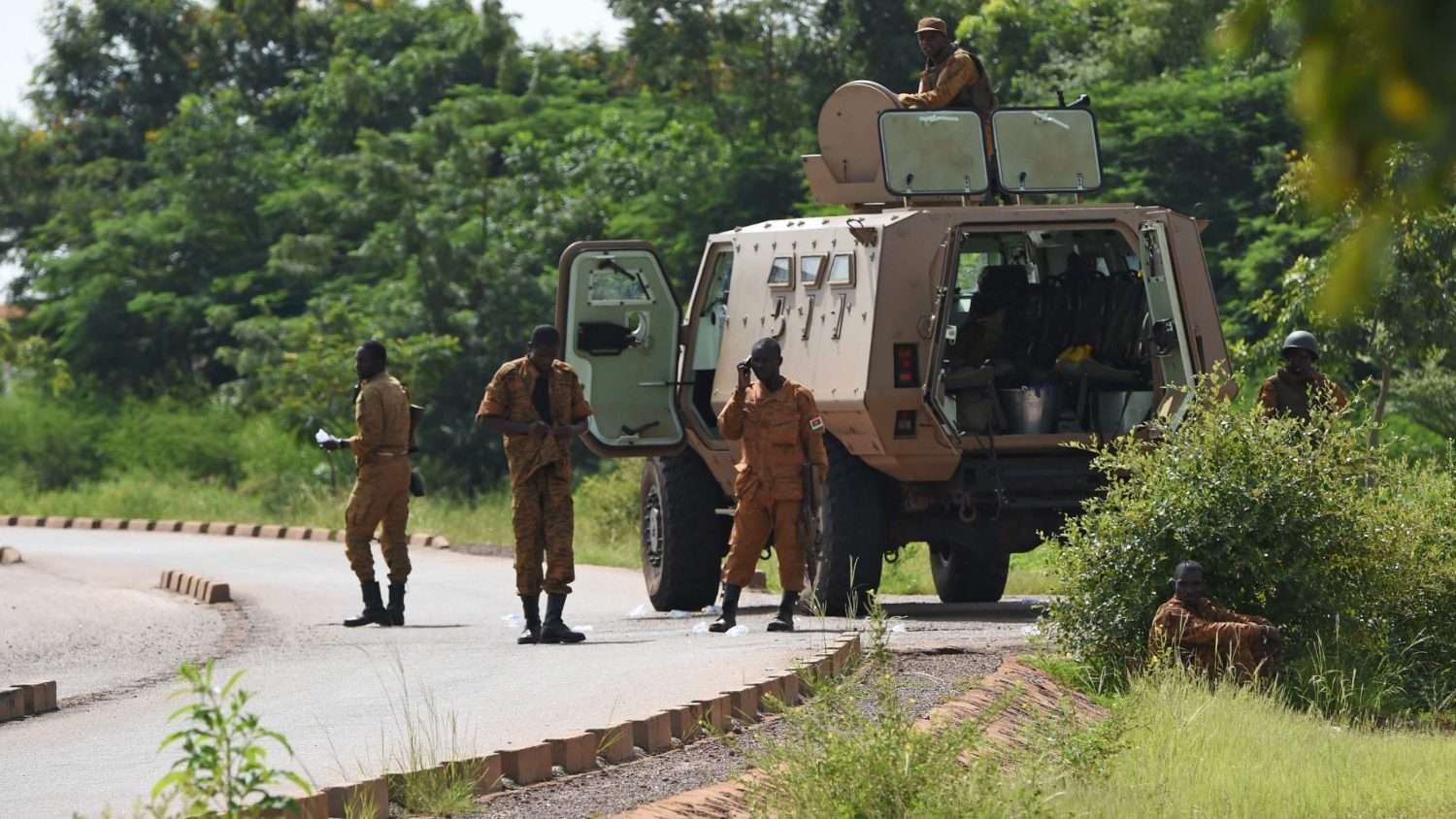 Thousands of people have died and millions have been internally displaced amid insecurity in Burkina Faso and conflict that generates multisectoral humanitarian needs. In the face of these challenges, the Church continues to do her part to provide support to those in need.

Burkina Faso faces a worsening security crisis amid heightened activity by extremist groups carrying out violent attacks and kidnappings in the Sahel region. Despite the presence of the UN, regional forces and other international forces in the Sahel, the violence has claimed thousands of lives and forced an estimated 1.4 million people in the region to relocate.

The situation is a source of concern for the civil and ecclesiastical authorities who are taking measures to respond to the situation.

“The security situation in the country is worsening day by day, armed groups are advancing, there are attacks on the army, and the population is subject to their will,” said Fr Etienne Tandamba, priest of the diocese of Fada N’Gourma, in a recent interview with RECOWA-CERAO, the Regional Episcopal Conference of West Africa.

“Kidnappings and confiscations of property take place every day,” reported the priest. “Some areas are inaccessible. Schools remain closed, as do some chapels, and the state of the city administration is precarious. ”The government appears to have lost control of the situation.

The church at work in Burkina Faso

Despite the worrying situation, Fr Tandamba notes that “the Church is resilient” and “continues to pray and find ways and means to announce the good news and take care of Christian communities”.

“We continue to make great sacrifices to help the poor and the needy, in particular the internally displaced,” said Fr Tandamba, who is also director of communication for the diocese of Fada N’Gourma in Burkina Faso. He added that through radio and other forms of communication, the Church in Burkina Faso seeks to establish “social cohesion and religious tolerance as well as dialogue”.

The Burkinabé priest continued his reflection on the Year of Saint Joseph, noting that it inspired many initiatives at the diocesan and parish levels, in particular by offering a “pastoral opportunity for the care of families”, devotional prayers and pilgrimages. for the Christians of the diocese who, he says, are “very dynamic”.

“Our challenges are great, but we believe that we will overcome them,” he said on a note of hope.

Meanwhile, many Burkinabe citizens are pressuring the government to take measures to restore adequate levels of security for the population, some of whom have died in attacks by extremists or have been affected by violence.

For years, Burkina Faso, which is located in the unstable tri-border zone of the Sahel that joins the country’s border with neighboring Mali and Niger, has struggled with insecurity. The vast arid zone has been overrun by extremist groups linked to al-Qaeda and the so-called Islamic State.

On Tuesday, the government buried many of the 49 military police officers who were killed on November 14 in a strike by suspected jihadists on a military outpost near the northern Burkinabe town of Inata. . Four civilians were also killed in this deadly attack.

Further emphasizing the insecurity, authorities said on Tuesday that at least 19 people, including 9 members of the security forces, had been killed by suspected extremists in a separate attack in Foube, in the Center-North region. A health center was also set on fire during the attack and a member of the staff of the association “Médecins Sans Frontières” (MSF) was injured.

Reacting to the incident in a statement, the humanitarian organization denounced the insecurity situation in the country and deplored the attack which left the health post destroyed and unable to treat patients. MSF noted that “in a humanitarian crisis like this, medical needs are largely unmet and people are trapped in the conflict. It is therefore imperative to protect medical assistance, as well as patients and medical personnel, in all circumstances.