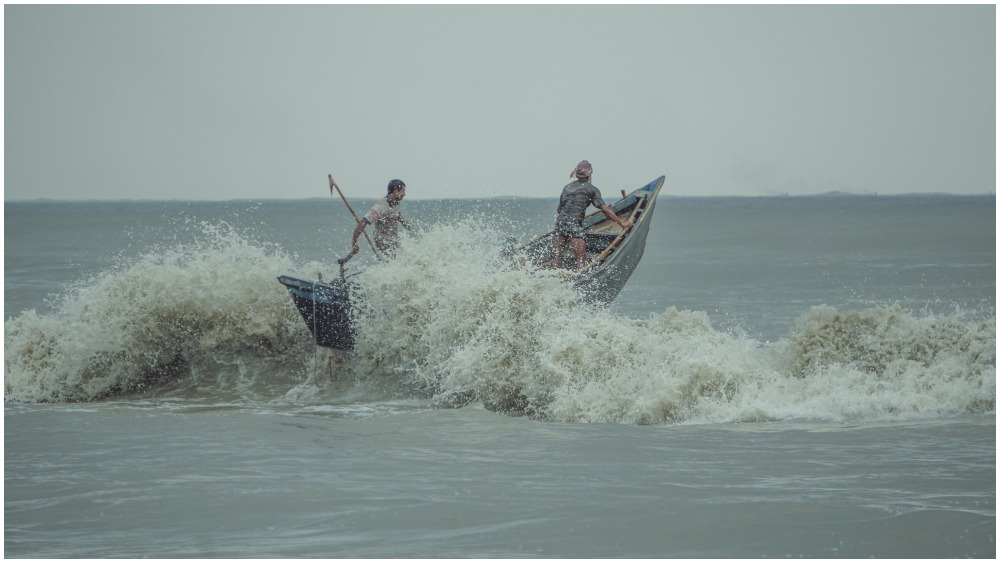 Climate change: the village of Bangladesh in “Salt in our waters” disappears

The 2020 selection in London and Busan by Bangladeshi filmmaker Rezwan Shahriar Sumit “Salt in our waters”, which will be presented at the United Nations Conference on Climate Change COP26 in Glasgow on November 8, is a stark reminder of the problems that l ‘event tries to highlight.

Sumit shot the film during the 2018 monsoon in the hamlet of Gangamatir Char, home to 20 fishing families, in Patuakhali district, located at the southern tip of Bangladesh.

But, Gangamatir Char no longer exists.

Sumit was unable to return to the scene for a year and a half due to the pandemic and eventually managed to surrender in July this year.

“When I returned to this beloved place, to these beloved people, all I found were broken tree branches and the rising tide,” Sumit said. Variety. “I have learned that the sea level in this area has risen dramatically over the past two or three years. The high tide is eroding the land, and Cyclone Amphan last year took its toll. “

Families in the hamlet were forced to relocate to neighboring villages and many of them had to find other occupations as erratic weather affected the supply of Hilsa fish, which is prized in Bangladesh, in eastern Bangladesh. India and Myanmar.

“Bangladesh is often seen as a zero point for climate change,” says Sumit. “We are witnesses of a primordial and elementary conflict between land and sea, man and nature, past and future. Our small coastal fishermen are at the forefront of this battle. Their families desperately need the tools to adapt to the worst impacts, their natural habitats and ecosystems in need of immediate protection and restoration.

“After spending many months with them, I realized that they were a people in turmoil but not defined by them. They are incredibly courageous, resilient, resourceful, colorful, full of ideas, hope and potential. These nuances are often missing from the images we see in the international media. Therefore, I took it upon myself to present to the world an unfiltered, immersive and inspired portrait of this community, and “The Salt in Our Waters” was born. “

During her visit in July, Sumit met several members of the fishing community who appeared in the film. “I discovered that the terrible reality of their life is much more serious than the story of my film,” says Sumit. “I want to tell the world about the suffering of these people, which is why I applied to COP26 of the United Nations Climate Conference. I would like to express my gratitude to the organizers for allowing my film to shed light on the narrative of the artisanal fishing community. “The Salt in Our Waters” turned out to be an epic story from the front lines of the fight against climate change. “

Film Republic manages the film’s international sales and sold it to HBO for Central Europe. The British Film Institute has acquired the UK streaming rights for its BFI Player.

The film will be released in Bangladeshi theaters by Star Cineplex, a leader in the local theater industry, on November 26, and further global theatrical releases may be possible through the Audience Design Grant from Torino Film Lab.

The first people in Bangladesh to watch the film, before its release, will be the affected fishing community. Sumit is also planning localized screenings through Shilpokola Academy’s network of community centers across Bangladesh.

“All eyes are on COP26,” says Sumit. “There is a lot of pressure on the talks to bring meaningful commitments and, of course, real funding for vulnerable nations. I strongly believe that narrative films with an insider perspective like mine can help create genuine empathy for climate frontliners at such global events. “