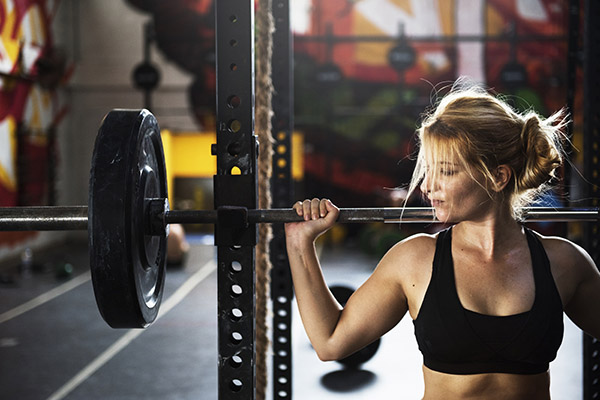 A new global survey of gym members by sportswear website, RunRepeat, finds that 56.37% of women experience harassment while working out at the gym.

To understand the prevalence of harassment in gyms and its impact on members, gyms and the industry as a whole, RunRepeat surveyed 3,774 gym members (1,107 women and 2,667 men) in June 2021 (40% of United States, 25% of Canada, United Kingdom and Australia, and the rest is distributed to over 100 other countries).

Among the female gym members who were harassed:

When asked of female members, 12.83% said they had witnessed harassment and 14.54% had heard of harassment in their gym from someone else.

The results revealed that less than a tenth of gym members (8.85%) who are bullied at the gym report it.

Since harassment in gyms is largely unreported, this only amplifies this problem as it means that gyms are not actively addressing cases that their members are going through.

Members also responded with which of the three forms of harassment they were subjected to. The RunRepeat survey found that among all female gym members:

Harassment in gyms is a major retention issue for the gym industry as a whole. 14.42% of women and 19.64% of men who were bullied completely stopped using the gyms.

As for individual detention in the room, a tenth of the harassed members change rooms.

While bullied men are more likely to stop using gyms altogether or change gyms, bullied women at the gym are:

The impact of these incidents does not stop only with those directly involved. Over 50% of members who have witnessed or heard harassment in their gym say it affects them negatively.

Respondents who have never experienced harassment in a gym but have witnessed or heard about it are 15.63% more likely to cancel their membership. Just being aware of harassment in their gym made 12.22% of members feel unsafe or uncomfortable. Leading to behavioral changes where many members alter their gym routine, avoid certain areas of the gym, change clothes or appearance.

From its investigation, RunRepeat concludes that harassment is a prevalent problem in gyms – an issue that disproportionately impacts female gym members. Being harassed makes people feel unsafe, uncomfortable, change their behavior and cancel their membership. Anyone who witnesses an incident or hears about it from someone else is also affected.

Despite the number of people who have experienced this problem, less than a tenth of members report their harassment.

It is the responsibility of health and fitness centers to provide a safe environment for members to train and enjoy the benefits of exercise. They must ensure that they are working to raise awareness, reduce the rate of harassment, increase the rate of reporting and effectively manage these incidents in order to combat harassment in gyms.

March 18, 2021 – A third of gym members around the world likely will not return to clubs after COVID vaccine

October 7, 2020 – One in five gymnasiums in the world remains closed

February 26, 2018 – Entertainment Industry Draft Code of Practice to Prevent Discrimination and Harassment in the Workplace

June 23, 2015 – One in four fitness club members would pay more for single-sex gyms

The news we publish on www.ausleisure.com.au is independent, credible (we hope) and free to you, with no pay walls or annoying pop-up ads.

From Jeremy Clarkson to David Cameron: The beautiful village two hours from London, home of the rich and famous

Nairobi: The struggle to Africanize a colonial city | Kenya