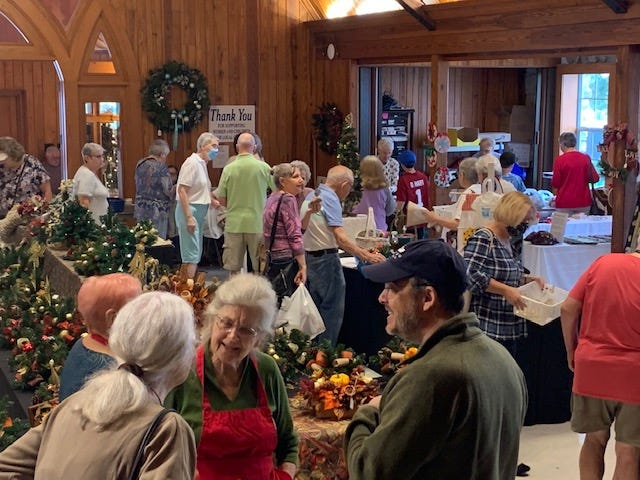 Grace Episcopal Group Raises Over $ 7,500 For Women And Children In Need In Marion County

Grace Episcopal Church Women (ECW) hosted the 75th annual Church Bazaar in the church hall on November 13, according to an email from ECW member Mary Baggs.

Over $ 7,500 was raised to benefit women and children in need in Marion County through donations and purchases of holiday decorations, baked goods, frozen meals, jewelry, tickets. raffle and more, Baggs said.

“The goal of the program is to prepare our students for the future,” Mannifield said in the email. “However, the program is also responsible for organizing events that support the community. We select the opportunities presented to us by our community and our school to help others, learn more about ourselves and develop our leadership skills.

One example was the Veterans Day event at River Life Church, according to the email. The Color Guard presented and unveiled the colors at the opening ceremony.

JROTC also helps with parking during DHS home football games and showcases colors on the field, according to the email.

The Marion County Composite Squadron of the Florida Civil Air Patrol Wing celebrated several cadet and senior member accomplishments Dec. 6 at the annual awards banquet at the Ocala Shrine Club, according to a press release. by Cynthia Moody.

The MCCS Cyber ​​Patriot team, made up of cadets Ian Price, Ryan Boss, Emmitt Roberts and Alicia Cajamarca, was recognized in 2020 for their accomplishments at the national level: 41st nationally for all services and first for all services in Florida, according to the press release.

First Lt. Nic Ward, who will lead the Cyber ​​Patriot team in 2022, received the Benjamin O. Davis, Jr. Award for his own accomplishments as a senior member, the statement said.

The cadet awards included three Billy Mitchell – named in honor of the first CAP National Commander. The award signifies a departure from the learning and leadership phases in the cadets’ progression to a command phase, the statement said.