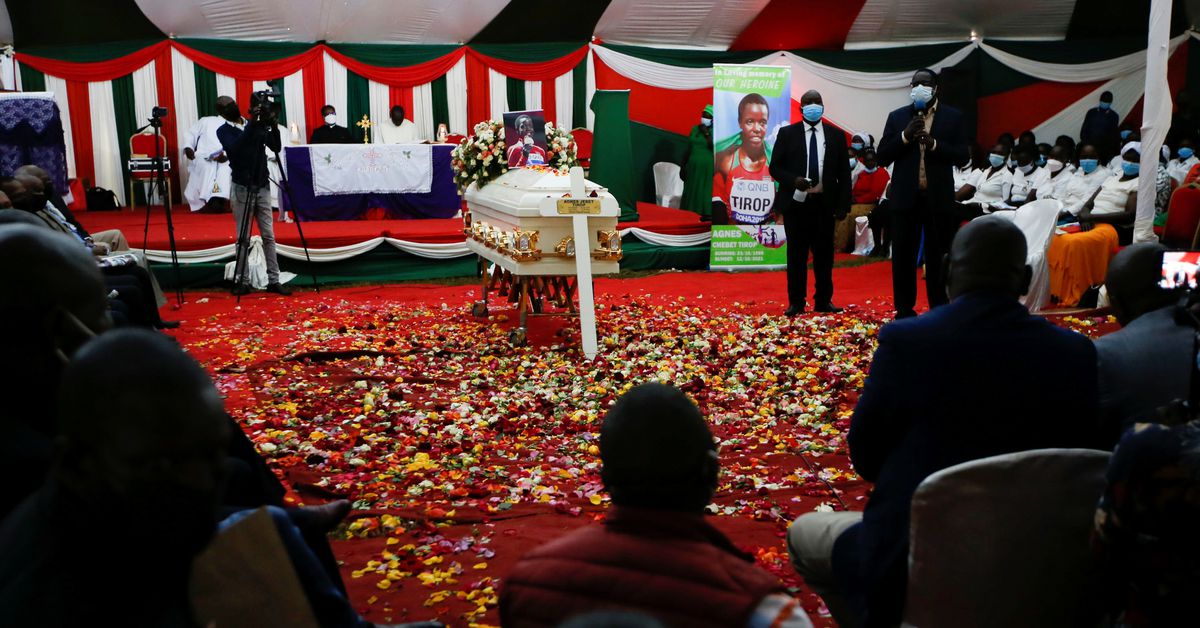 Kenyan Olympic athlete Agnes Tirop is buried in her hometown

Tirop was found stabbed to death at her home in Iten in the Rift Valley on October 13 in an incident that shone the spotlight on violence against women in Kenya.

Her funeral took place on the day she would have turned 26. Mourners, including other athletes, lined up to scatter flowers on a white coffin. A photo of Tirop, smiling and holding a bronze medal, was placed on the coffin.

“For us Kenyans we have lost a hero,” said Hellen Obiri, 5,000m world champion and Tirop mentor. “I told her that in 2022 she had to go defend my titles and represent our country,” Obiri said, his eyes shining with tears.

Police arrested Tirop’s husband Ibrahim Rotich in the coastal town of Mombasa last week and he was arraigned on suspicion of murder. Neither Rotich nor his representatives have made public comments on the case. Read more

Tirop grew up in a humble farming family in the Kenyan highlands in Nandi County. Her talent for racing became evident in fourth grade, when she won a cross country race and quickly entered and won international junior races. Since then, his career has been booming.

After her murder, police found an athletic trophy in her home that she had not yet unpacked.

“A disciplined and polite athlete … I don’t know. I don’t know what to say,” said coach Julius Kirwa.