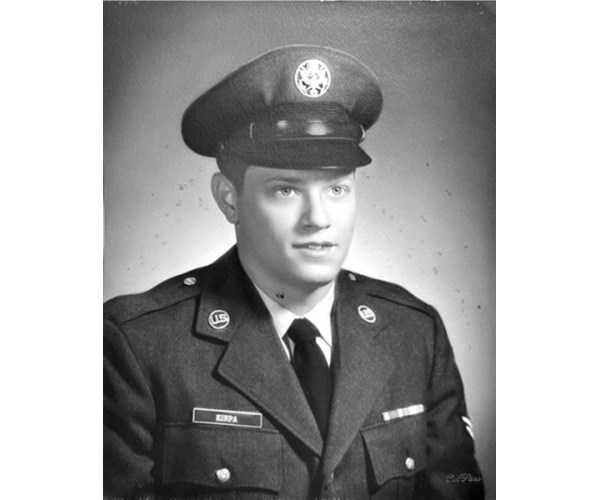 Michael Joseph Kirpa, 74, of Sugarloaf Twp. died Friday surrounded by his family after a long illness. He was born in Hazle Village, son of the late Joseph & Mary (Chippi) Kirpa. He was a member of St. John’s Byzantine Catholic Church, Hazleton.

He graduated from St. Gabriel High School, class of 1965. A veteran of the Air Force, he served in the special services during the Vietnam War. He was a member of the original 555th Red Horse Squadron, serving from 1966 to 1970 with the 15th Civil Engineering Squadron. He was a life member of the National Rifle Association, Vietnam Vet Post 678, Veterans of Foreign Wars Post 678, Veterans of Foreign Wars Post 8161, and American Legion Post 76.

Before retiring, he was employed by Bemis Corp. as tackler and driver.

Michael is survived by his wife of 51 years, Lynn Klein Kirpa; daughter, Misty Lynn Riedel and her husband, Brian; granddaughter, Genne Lynn Kirpa; two grandsons, Brian and Leo Riedel; and his beloved sister, Joanne Dudinyak and her husband, Leonard, Endwell, NY In addition, he was highly respected by his four nephews, Michael, David, Scott and Christopher, and their wives, who blessed him with many great-nieces and great-nephews.

During his lifetime, Michael was an avid hunter, sniper, and fisherman. He liked motorcycles, cars and anything fast. His pride was his 2009 45th Anniversary Edition Mustang, which he generously loaned to his granddaughter for her senior year parade in 2020. The friends he has made over the years have been loyal and loyal. He will be remembered as a man of few words and a daring heart.

The funeral will be Wednesday at 9:30 am at the Frank J. Bonin Inc. Funeral Home. The Divine Liturgy with Office of Christian Burial will be held at 10 am at the Byzantine Catholic Church of St. John the Baptist.

Interment will be in the parish cemetery. Friends and relatives can call the funeral home from 8:30 a.m. to 9:30 a.m. Wednesday before the funeral begins.