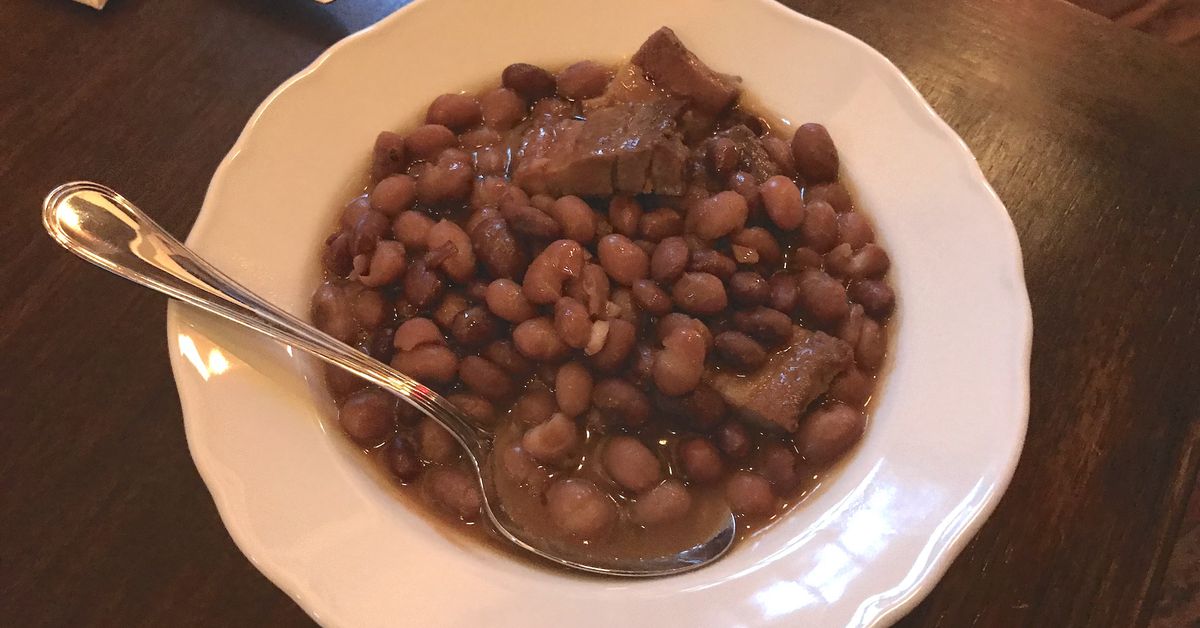 Jody Williams and Rita Sodi’s West Village empire continues to grow. After more than two years of speculation, chefs have gone under the radar in recent weeks to open the Commerce Inn, located at 50 Commerce Street, between Barrow Street and Bedford Street. In a leafy corner of postcard-worthy downtown Manhattan, the James Beard duo’s latest restaurant takes inspiration, according to their website, from “early Shaker-inspired American cuisine.”

The restaurant began welcoming diners at the end of November, according to several Commerce employees. While Williams and Sodi did not give interviews to Eater, a person speaking on behalf of the chefs confirmed on December 19 that the tavern section of the restaurant – a bar and a few tables – is officially open from 4 p.m. to 11 p.m. days except Monday and that the dining room would follow in the coming weeks.

Contrary to the couple’s attention to detail (their staff uniforms are tailor-made and even the bags used to carry alcohol are branded) and popularity with a fashionable crowd, Williams and Sodi appear to be throwing a ball. curve with their Shaker theme. The Protestant sect began in upstate New York in the 1770s and was known as much for its celibacy vows (there was two alive from 2017) as they were for their functional furniture. Williams and Sodi shared with the WSJ Magazine earlier this year, they looked at 19th-century cookbooks for inspiration, in part inspired by the Shakers’ emphasis on simple, simply prepared recipes.

While the Commerce Inn’s menu moves away from the Italian and French classics that Sodi and Williams are known for, the same type of no-frills recipes can be found here. On a recent visit, the menu featured oysters prepared in three ways: raw, marinated, and fried. A pair of cod patties ($ 25) looks like the shellfish-stuffed ones but with potatoes cushioning the pieces of fish. Rarebit ($ 19) arrives as a slice of white country beer bread with melted cheddar cheese. The generous serving of Shaker Beans ($ 19) includes pieces of pork belly. For a serving of spoon bread ($ 5), a waiter brings a pot to the side of the table and scoops up what looks like cornbread. Two desserts include an apple and ginger cake, both $ 12 each.

The current cocktail menu – where most drinks are priced at $ 19 – is also brief. A milk punch can be ordered with spiced rye or nut rum ($ 20). Cocktails include classics like a gin martini and Manhattan with tavern-like libations, including whiskey sours and coffee with added maple and whiskey.

The Commerce Inn has deep ties to the village. It functioned as a sweatshop out of a shed during Prohibition before the space turned into a restaurant space. For almost 50 years it was Blue Mill Tavern before operating as Grange Hall, then briefly as Blue mill. Chief Harold moore helped open Commerce in 2008, which received a star from the old New York Times critic Frank Bruni, before it closed in 2015. The Fifty on the Latin theme Occupied the local restaurant from 2016 to 2018.

Inside this historic building, Williams and Sodi reduced the space to an austere aesthetic that reflected the tenants the Shakers valued: simplicity and utilitarianism. The tavern is anchored by a handsome wooden bar with a line of backless stools. A handful of dark paneled booths that resemble church pews and a row of Shaker pegs line another wall. A broom hangs on a wall and flickering candles light up the tables. The main dining room has two rows of shelves lined with white oval plates. Instead of matches, there are packets of wildflower seeds to take home.

If the past is any indication, the Commerce Inn is set for success. Not all of their neighborhood establishments are the type of places, at least for the most part, where diners can just drop by and expect to find a seat. Sodi, who has worked in the fashion industry, opened I Sodi in 2008 with a rustic Tuscan accent. A few years later, Williams, a veteran of New York kitchens like Il Buco and Morandi, opened her little Parisian bistro Buvette. They opened Via Carota together in 2014, an Italian restaurant on New Yorker out of breath in a title that nicknamed him “The most perfect restaurant in New York. “Their most recent New York opening, Bar Pisellino, debuted across the street and is often packed with diners sipping Negronis and spritz while waiting for a table in Via Carota, where there are many. strong chances that their order includes the imposing insalata green or creamy cacio e pepe.

The Commerce Inn does not take reservations at this time, but is currently open from 4 p.m. to 11 p.m. daily except Monday. Dinner service should begin in a few weeks.


Register to receive the newsletter

9 Payday Advances Like Speedy With This Type Of Covered Mortgage