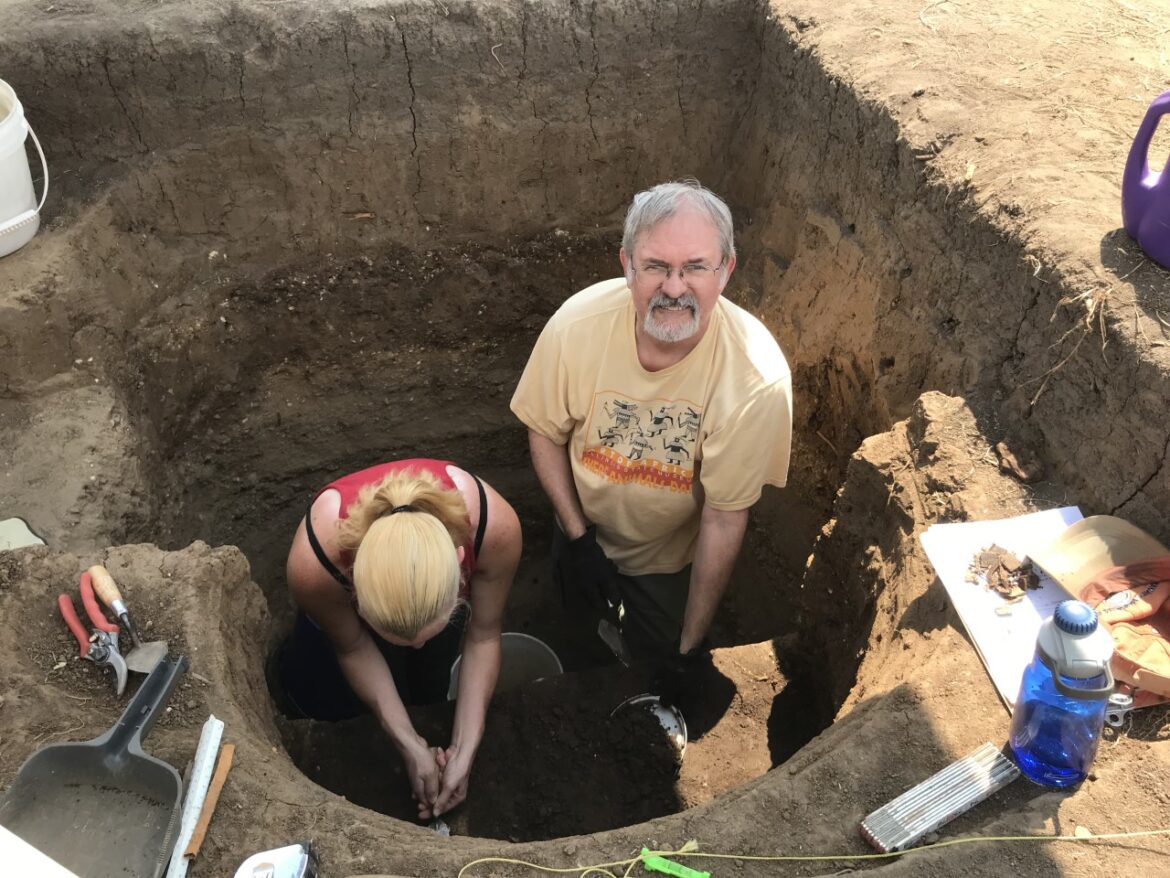 Researchers are studying a long-lost village near southern Lake Michigan that a WWII arsenal helped preserve.

A recent study by archaeologists sought to find out more about those who lived in what is now the Midewin National Tallgrass Prairie in Illinois. It’s about 60 miles southwest of Chicago.

Records from the early 17th century paint a picture of what was happening in some parts of the world, but not others, said Mark Schurr, an archaeologist and anthropological researcher who also worked on the project.

Documents show how Europeans lived in the early 17th century, but similar documents are limited in the Great Lakes region. This is why the Huber Village at Middle Grant Creek is considered protohistoric.

“Protohistoric, then, is that in-between period, where we start to see European goods going into archaeological records before physical Europeans and those historical records,” McLeester said.

The village is one of many Great Lakes Huber sites, a specific and distinctive culture that lived between circa 1500-1650 and is identified by its unique pottery.

“We don’t know exactly who their modern descendants are,” Schurr said. “There are a lot of different ideas. I’m sure they have living descendants that we just don’t have a specific group we can attach them to.

This village of Huber was inhabited during one of the colder parts of the Little Ice Age, a time when the weather was considered cold, wet and unsuitable for agriculture, Schurr said. But this village was agriculturally productive.

“They were sort of doubling down on agriculture during what was considered a climatically unsuitable era,” Schurr said.

Excavation efforts have shown evidence of storage pits, indicating a bountiful harvest with enough produce to save for the winter. McLeester’s other shellfish and isotope research at the site shows that the climate was indeed cold, but likely dry instead of wet.

“We get a very different picture of what the Little Ice Age looked like in northern Illinois,” Schurr said. “And that’s sort of an interesting (discovery) for climate change. They endure this supposedly unfavorable climate, but they adapt to it – not by running away or becoming extinct, but by amplifying their production technology.

The Middle Grant Creek site has more storage capacity than the other Huber sites, but Schurr and McLeester don’t know why. Each investigation at the site brings another dig and new questions, Schurr said.

Not only were the people at the site storing huge amounts of food after successful harvests, they also stored it in a unique way.

“They (dug) these storage pits along a sand ridge because that sand ridge had really amazing drainage,” McLeester said. “So they store food underground. They wrap it with brass then cover it with brass

During WWII, the area was turned into an arsenal, which prevented development. Once the arsenal was decommissioned, it was transformed into a meadow, preserving the site for excavations, unlike many other sites destroyed by the developments.

And the excavations inform these researchers about the daily life of the village. Those in Middle Grant Creek traded indirectly with communities in Florida and Canada, which were under colonialism, McLeester said.

This raises questions about how communication with trading partners about the arrival of Europeans has affected their daily lives, and researchers are wondering if any diseases have ever traveled to the region, McLeester said.

Another area of ​​interest to archaeologists is population size, which helps them understand social organization, the economy, how people make a living and whether they fear being attacked, Schurr said.

The village was a pre-contact village, McLeester said. This means that the Europeans had not colonized it and had not brought the diseases that greatly affected the indigenous populations of North America.

By using excavations to estimate a population of 150 in the village, they can understand the base of the villages before diseases take their toll, Schurr said. There are written accounts that estimate populations, but it is difficult to estimate protohistoric populations because researchers have to make assumptions.

“For example, one question would be how have populations been reduced by European diseases? We have accounts of what has happened historically, ”said Schurr. “But to determine what was the baseline, what things looked like before European diseases, you can only use archaeological evidence for that.”

The village can also answer other questions, such as tools used for farming and hunting before colonialism, Schurr said.

Researchers are interested in wildlife during this period. This may offer insight into the surroundings, but also into what the village ate and even its religious practices, said Terrance Martin, a zoological archaeologist and researcher on the study.

Martin identified bison, elk, deer, beavers, muskrats and other species at the Huber site, he said.

“These people who live there are farmers, but they hunt buffalo, they hunt animals on the prairie, but they also really use this place to prey on different aquatic species,” Martin said. “So it was very important for Midewan’s wildlife biologists to see which species were present before contact and compare them to modern records.”

The village offers opportunities for fossils of extinct species, such as the carrier pigeon. And that gives insight into spirituality, Martin said. Researchers have found crow and bald eagle wings with a thick layer of burn on them.

“So environmentally you find (the fossils), but then, in that context, what does that say about the beliefs or what these animals meant to the people of Middle Grant Creek,” said Martin.

The large dig site also allows Martin to explore the diversity of species, such as a wide array of turtles they have found, he said.

McLeester and Schurr have been visiting the site since 2016 and have produced several research papers. Right now, researchers are evaluating the data they’ve collected and determining next steps.

Instead of sifting through different types of auto title debt online

LETTER: The Infrastructure Bill is a “Bipartite Achievement”